A Library and Labyrinth Collaboration

The author discusses his recently released book, "Straight Through The Labyrinth: Becoming a Gay Father in China," with Rabbi Gil Steinlauf of Princeton University. Book signing to follow.

November is National Adoption Month, a month that acknowledges those whose lives have been impacted by adoption. "Straight Through the Labyrinth" chronicles the true story of a gay Jewish scholar of China caught in the crosshairs of the very history he has studied. Suddenly ensnared in Hong Kong’s handover back to China in 1997, Peter R 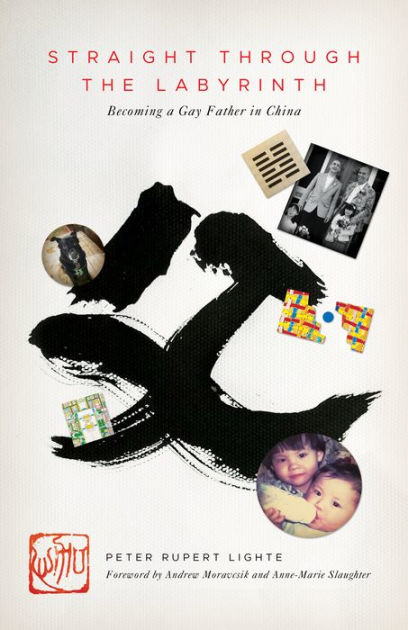 upert Lighte, intent on adopting a Chinese baby, navigates his way through daunting bureaucracy and unforeseen drama—and prevails, likely becoming Hong Kong’s first adoptive gay father. A second daughter soon follows, a story no less fraught, convincing him that purposeful synchronicity can thrash anything in the way of love.

The conversation will be followed by a book signing with all the proceeds from books sales being donated to Capital Harmony Works, an organization that empowers young people in Trenton to transform their lives and society through shared musical experiences.

Peter Rupert Lighte, founding chairman of J.P. Morgan Chase Bank China, as well as a sinologist who has taught Chinese history and philosophy, lived abroad for almost three decades, dividing his time between London and Asia. Currently on the boards of One Sky Foundation (formerly known as Half the Sky Foundation) and Council on International Educational Exchange, as well as active in Princeton alumni activities, he is a sought-after speaker at universities and corporations. He is also a calligrapher, mosaicist and short story writer.

Gil Steinlauf is the Center for Jewish Life Executive Director and Jewish Chaplain at Princeton University. Rabbi Steinlauf is a Princeton alumnus who has dedicated his life to teaching, inspiring leaders, and creating a vibrant Jewish community. He founded the Jewish Teen Leadership Institute to bring teens into dialogue with world leaders and reflect on the encounters through Torah study. Driven by his own lifelong personal journey, Rabbi Gil also created the Hineni Fellowship for LGBTQ Jewish Leadership to nurture new LGBTQ leaders in the Jewish world. Prior to joining CJL, he served as Rabbi of Congregation Kol Shalom in Rockville, MD and before that led Adas Israel in Washington DC, which he helped reimagine as one of America's most thriving urban congregations.