Author and scholar Saladin Ambar is joined in conversation with local community leaders to explore the life and legacy of Malcolm X.

This program will be held virtually on Zoom; please register for link. 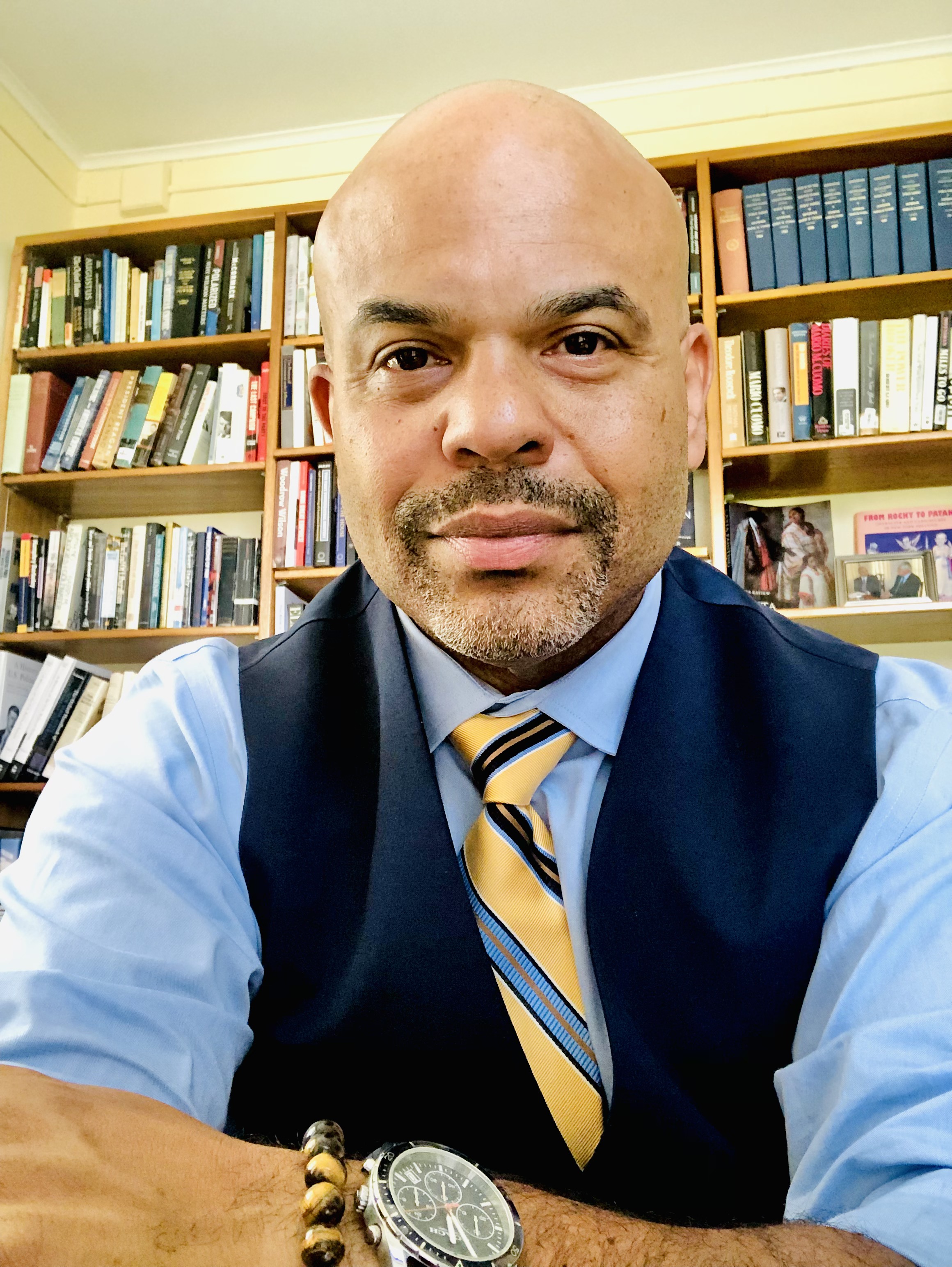 Saladin Ambar is professor of political science and senior scholar at the Center on the American Governor at the Eagleton Institute of Politics at Rutgers University-New Brunswick. He is the author of four books including "Malcolm X at Oxford Union: Racial Politics in a Global Era" (Oxford University Press, 2014), which was nominated for a Hurston/Wright Legacy Award for best non-fiction book by an African American author, now in development as the basis for a feature length film by Number 9 Films (UK). Dr. Ambar is also the author of the forthcoming "Stars and Shadows: The Politics of Interracial Friendship from Jefferson to Obama," scheduled for release in the spring of 2022 (Oxford University Press). Prof. Ambar writes and teaches about the American presidency, governorship and racial and ethnic politics. His book, "American Cicero: Mario Cuomo and the Defense of American Liberalism" (Oxford University Press, 2017), and the forthcoming collaboration with Eagleton's John Farmer, John Weingart, and Kris Shields, "Governors and the Crises that Define Them" (Rutgers University Press, 2022), bring to the fore the role of governors in America's political and policy system. Dr. Ambar's work has been featured in Presidential Studies Quarterly, the Journal of Race, Ethnicity, and Politics, Race & Class (UK), along with the Washington Post, Newsweek, CNN, The Root, the New York Daily News, and the Huffington Post, among others. Dr. Ambar was a featured guest on CNN's "Race to the White House" series (2020), offering commentary on the presidential elections of 1916, 1952, and 1964. He is a regular guest discussing New York regional politics on New York and New Jersey's PBS' MetroFocus, and he is a regular opinion columnist for NJ Spotlight. Prior to completing his PhD at Rutgers University in 2008, Dr. Ambar is a Teach For America alumnus and taught 18 years in New York and New Jersey public schools. He is currently researching for a future book on the early political thought of Abraham Lincoln. He is the father of 14-year-old triplets and lives in Philadelphia.

The Reverend Lukata Mjumbe is the pastor of the historic Witherspoon Street Presbyterian Church of Princeton. He teaches, preaches, advocates and seeks to boldly represent the prophetic tradition of leaders such as Reverend William Drew Robeson, Paul Robeson as well as Minister Malcolm X (El Hajj - Malik El Shabazz).

Reverend Mjumbe is a deeply committed advocate, organizer, artist and respected scholar committed to the radical transformation and salvation of oppressed communities and marginalized people. He is a high honors graduate of both Morehouse College and Princeton Theological Seminary. He serves as the Faith Policy Advisor to Congresswoman Bonnie Watson Coleman (NJ-12).

Councilman Leighton Newlin was elected to council in 2021 but has been known for his civic involvment for several decades. He has served on Princeton Housing Authority Board of Commissioners, is chair fot the Witherspoon Jackson Neighborhood Association, and on the boards of the Witherspoon Jackson Historic and Cultural Society and the Paul Robeson House.

His professional background was a business owner for and after that he worked as Director of Special Services, at a Residential Community Release Program in Newark. The program, which guided residents in the post-incarceration reintegration process, provided education and job training as well as counseling focused on changing criminal and addictive behavior